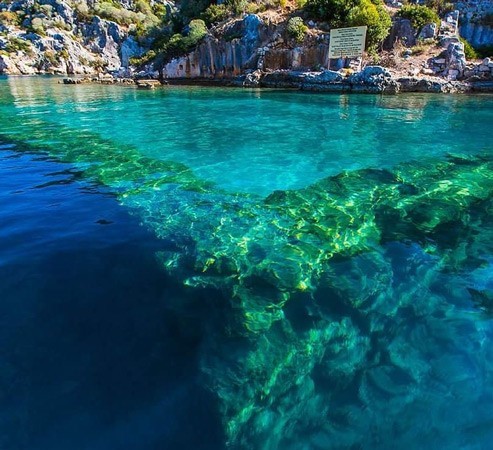 It can be reached by boats from Üçağız. Tersane Bay on the island is interesting. It is located on the Batıkşehir Kekova island. Swimming and diving is prohibited in the sunken city. You can see the ancient artifacts found in the submarine and on land while passing over the sunken city with boats. It is estimated that the ancient city was flooded with the rise of the water as a result of the earthquakes.